How to Make Homemade Burgers

The hamburger. Such a simple concept. More often than not, I see people overthinking what makes a good burger. They add loads of spices and treatment of the meat, add-ins, burger toppings and more.

Not that I am opposed to any of these, but all in moderation.

Read these 10 tips for better burgers to make every single hamburger recipe better by miles: juicy, flavorful and delicious!

While some of these steps might enhance your burger eating experience, others might actually be dampening it. Here is a short list of ways to ensure you make the BEST burger each and every time with any recipe!

Ground beef, aka called hamburger, is made from ground or finely minced beef. Leftover pieces from larger cuts are often used to ensure that no pieces go to waste, although these pieces are usually fattier and tougher, which is why they are being discarded in the first place.

The process of grinding the meat tenderizers (much like using a meat mallet) and makes it easier to eat because it shortens the fibers making them simpler to chew (same concept as why you cut steak or a roast against the grain). There four main types of ground beef:

This is often my beef of choice for making hamburgers, but beware, the patties will shrink a little while cooking since it has a high fat content.

Ground chuck: Contains 15 to 20% fat, cut from trimmings around the shoulder. This cut can also be used for hamburgers and has less fat, often labeled as “lean ground beef.”

But beware that you may also find that it doesn’t hold together as well on the grill (unless you add binders like breadcrumbs or egg) and may not be as juicy.

Ground round: Contains about about 12% fat and is ground from the lower end of the animal, near the tail area. This type of ground beef doesn’t have much flavor and is sometimes labeled as “extra lean”.

It is best for chili or homemade hamburger helper due to the low fat content, eliminating the need to drain the fat. Since it doesn’t have much flavor, it really needs to simmer in spices and aromatics to give it taste and to tenderize the meat.

Ground sirloin: This is one of the leanest, but also most expensive, since it is made from a cut of beef that is actually more desirable as a whole.

It contains 10% to 14% fat. You might see this one advertised on the menus of restaurants as the “speciality burger”, but since it is so lean, it actually needs a lot of help to make it taste good.

Here are our 10 Tips for the BEST Burger!

ONE. Use good old ground beef with a 80/20 fat content. It will have flavor, be juicy and is fairly inexpensive. If you are grilling, some of the fat will drain off during the cooking process anyhow.

TWO. A good burger doesn’t need spices and herbs blend into the meat. If I’m adding lots of flavorful toppings, like my Red Wine Shiitake Burger, I don’t add anything! If I’m making burgers for a party and they need a little kick, I’ll add my Homemade Onion Soup Mix.

THREE. Toss, don’t blend the meat. Processing too much will create a tough burger. I break the ground beef into little pieces as I add it to the mixing bowl and then gently toss with pre-mixed spices (if I’m using them) before forming into a patty.

FOUR. Toss and pack your patty instead of kneading. Again, working the meat too much will create a tough burger. I can’t stress this enough.

FIVE. Make uniform patties using a burger press. After removing, score meat and put a small well in the center. This prevents your hamburgers from shrinking up, become bloated in the center and looking like a UFO.

SIX. Save the salt for last. Salt will enhance flavor, but it will also dry out your meat. If you are merely seasoning plain meat, wait and season right before you put it on the grill.

You can also add salt after the cooking process. I like using a pink Himalayan or Black Salt for a crunchy and impactful finish.

SEVEN. Freeze patties for 30 minutes before putting on the grill. This will help the meat congeal and hold together through the cooking process.

EIGHT. Initially place burgers over direct heat to sear the outside and create the flame grilled look, but then move them to indirect heat to continue cooking. Fire dries things out and you don’t want it to take all the moisture out of your burger.

NINE. Never, ever, press down on your burger patty with a spatula. This will do nothing but squeeze out those blessed juices (and flavor).

TEN. Let them rest before eating. This is an essential step for any piece of meat, but often overlooked for hamburgers. It allows the juices to redistribute and absorb back into the meat fibers. Cutting in too soon will let them to escape to nothing but your plate or cutting board.

Best Sides to make with burgers:

More questions you might have about how to make a burger:

I loathe this question. Everyone’s definition of healthy is different. I am also not a registered dietitian, nor a physician.

I subscribe to the “everything in moderation rule”. You also really need to look at the nutritional value for the burger you are eating, not make a generalized statement across the board.

Can burgers be pink in the middle?

Sure! You can make a burger rare and you know I am a huge advocate for eating beef no less than medium-rare, however burgers might be the only exception to the rule for several reasons. Read on…

What temperature should my burger be? 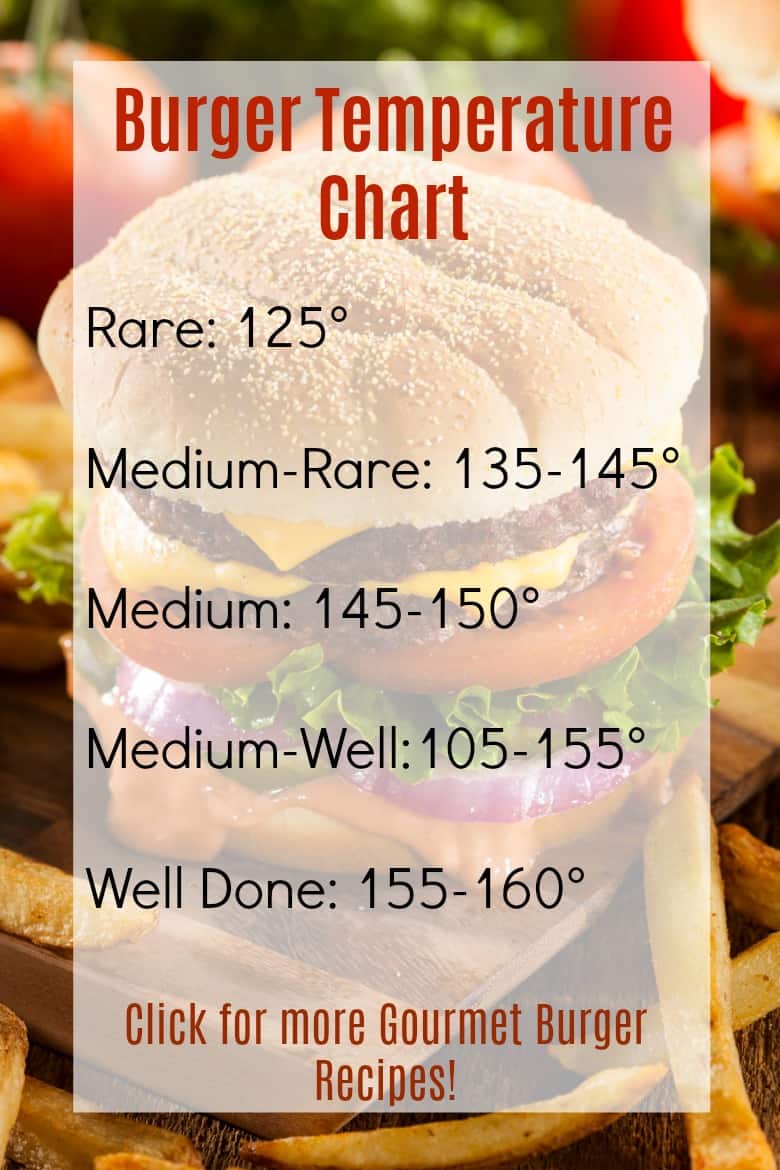 You actually have a higher probability of getting some sort of bacteria from a burgers than you do other cuts of meat purely because it has more surface space that has passed through a meat grinder giving it more opportunity to pick something up and breed it.

Because all those fibers have already been shortened, even if you do cook it to medium-well, it won’t be chewy or taste like leather.

Cooking it longer and to a higher temperature all the way through will give it more time to burn off anything it has become exposed to. The best way to check is, of course, by meat thermometer. Here is a burger temperature chart (which varies from other beef temperature charts):

Can hamburgers be baked in the oven?

You can cook your hamburger patty any way you’d like, including in the oven. Simply bake at 350 degrees for 10-15 minutes, depending on desired doneness.

Can you cook hamburgers on the stove?

I don’t why people ask this questions considering that most of the burgers you’ve had in your lifetime were probably cooked indoors. There isn’t a giant grill going outside Red Robin.

Restaurants burgers are generally cooked on a griddle, which is just easier than a frying pan, but essentially the same thing. Or flame broiled, but that is actually pretty rare. Just heat up a skillet and cook on either side for 3-4 minutes or until your desired level of doneness.

Can hamburgers be frozen?

Yes, burgers can be frozen either raw or cooked. Sometimes people even freeze raw hamburgers so they have time to congeal and are less likely to fall apart on the grill or to attempt killing some of the bacteria that could be on the meat after grinding.

You can also freeze a cooked burger. I suggest airtight plastic bags so you can get as much air out as possible. If you freeze a stack, separate them with parchment or wax paper. Freezing them individually makes for a simple meal for one in a jiffy!

Can I make burgers ahead of time?

You can make both the patties or cooked burgers in advance. If you are having a large party, try parcooking the burgers the day before or before your guests arrive, then you can spend less time manning the grill and more time having fun.

Simply put the cooked patty back onto the grill for 1 minutes on each side to heat it back up again.

Burger patties do not require eggs or breadcrumbs, although some recipes call for them. When you add either or both of these elements, you’ll get a slightly tougher texture more reminiscent of meatballs or meatloaf. For this reason, hamburger patties are more fragile, but will be tender.

What is your favorite brand of store bought frozen hamburgers?

I usually make my own patties, but I do like Bubba Burgers. They are pricey, but delicious.

We hope you go home and make a positively delicious hamburger! 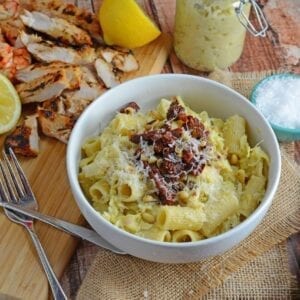 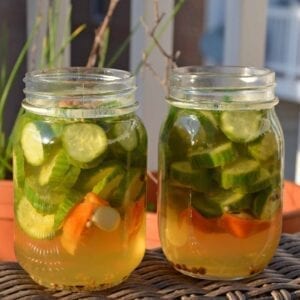 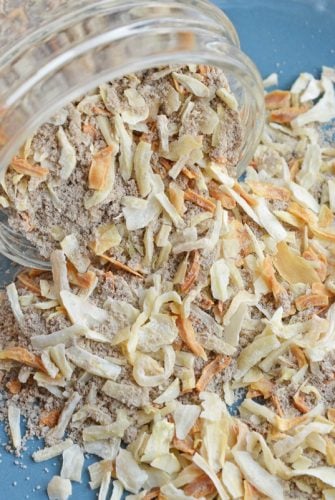 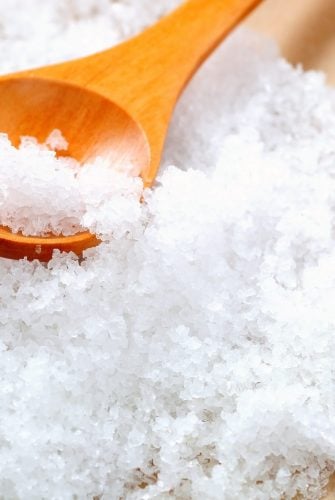 A Guide To Salt 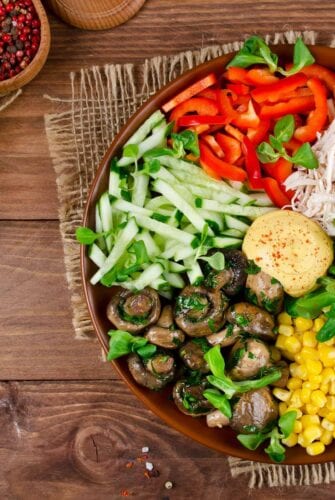 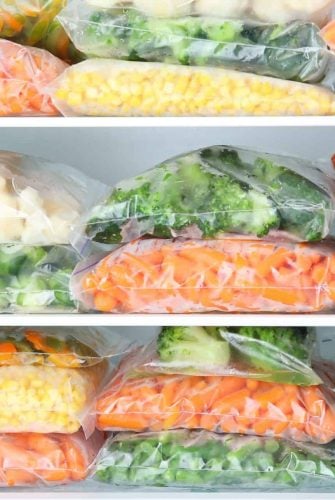 How to Properly Freeze Food