Can any dish with honey and cinnamon not taste good? Or something prepared in cast iron?

Nope! Honey Cinnamon Sweet Potatoes with Honey and Cinnamon made in a cast iron skillet is right up that alley.

A few weeks back I asked a couple of neighborhood friends to bring over their favorite fall dishes in anticipation of Thanksgiving. Tiff hauled over her giant cast iron skillet filled with sticky and sweet, sweet potatoes tossed with honey and cinnamon.

Honey Cinnamon Sweet Potatoes are a cast iron recipe that utilizes just a few simple ingredients. Sweet potatoes, honey, cinnamon, and butter are all it takes for this versatile side dish recipe.

Most people think of baked sweet potatoes or sweet potato casserole. Me included! So I’ve been working on more sweet potato side dish recipes. So far we’ve got this one and…

Even though we were serving these Cinnamon Sweet Potatoes as a side dish, they could have just as easily been a dessert, they were SO good. Everyone kept going back for more and more!

FACT: Sweet Potatoes are the official vegetable of North Carolina.

How to Make It!

And the recipe was so easy!

Cast iron is perfect for this sweet side dish because it doesn’t stick and the heavy, thick bottom prevents the sugars from burning too quickly. The result is a nice caramelization vs. a bitter char. Plus, cast iron cooking is just plain cool.

The key to that beautiful, stick-free cook is making sure your cast iron pan is well seasoned. Also, never wash your cast iron with soap and water. It takes the seasoning aka “the non-stick” right away.

Now how to make these bad boys…

Once they are done, you can even serve your Honey Cinnamon Potatoes in the skillet. Grab a mitt for the handle and a trivet and you are ready to go. Did someone say fewer dishes to wash? Don’t have to ask me twice!

FACT: Baby sweet potato leaves and shoots are sometimes consumed instead of the actual potato!

I almost forgot to mention. Sweet potatoes are great for you! Not only are they high in fiber, but they are packed with other great things like iron, calcium, Vitamins B & C and beta-carotene, an antioxidant.

One thing is for sure, if you need a winning side dish to feed friends and family, this is going to be at the top of the list in no time at all.

Check out more side dishes: 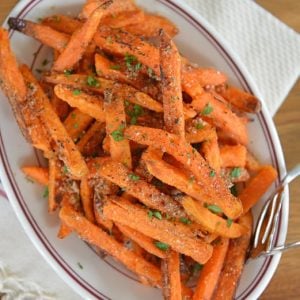 These Brown Sugar Cinnamon Sweet Potato Fries are the ultimate fall side dish! Perfect for serving with a burger, or as a delicious snack!
Herb Stuffing Wreath 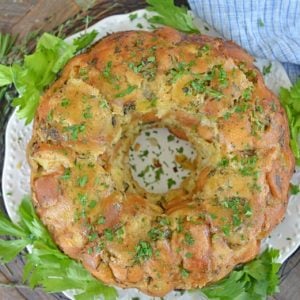 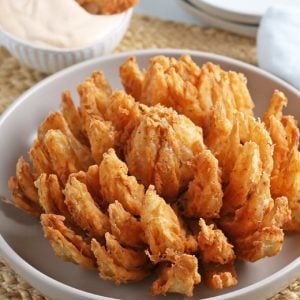 Coated with a crispy, flavorful breading, this EASY Blooming Onion recipe can't be beat- just like Outback! Complete with a Bloomin' Onion sauce, too! 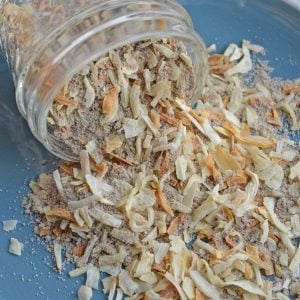 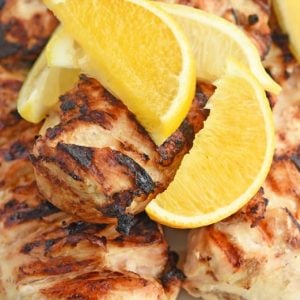 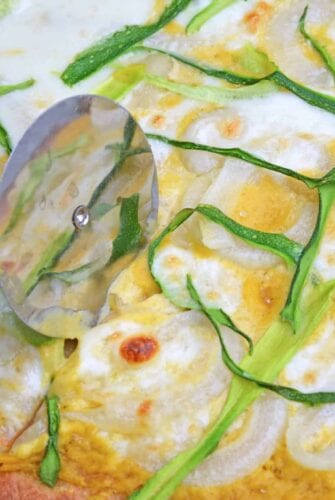 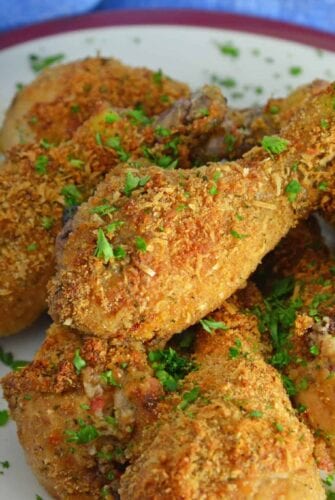