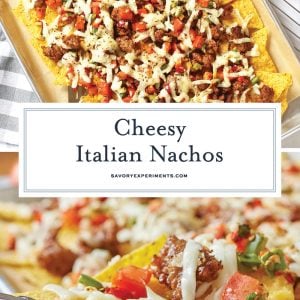 There are two types of people in this world: those who like real cheese on nachos and those who like the nacho cheese sauce. I am unapologetically on team “real cheese” and these Italian Nachos do not disappoint in that area.

About a decade ago these would have been considered game-changing nachos and then a wide variety of nacho alternatives came onto the scene. Caramel apple nachos, potato chip nachos, buffalo chicken nachos and everything between.

There are also two camps on how to assemble your nachos. I bet you’ve never thought this much about nachos, have you?

A giant pile of brightly hued cheese studded with toppings is a thing of beauty, but these are often left with a hollow of sad empty chips. This is why I’m a fan of sheet pan nachos (unless the pile is prepared with layers).

Sheet pan nachos start with a layer of crunchy chips that get an equal amount of toppings per chip. Every chip has toppings!

These bad boys start with a zesty Italian salsa, then crumbled Italian sausage (mild or hot), melty mozzarella cheese and served with a side of marinara sauce to drizzle or dip. The salsa is really where the flavor comes from.

What are Peppadew Peppers?

Chances are you’ve seen them, maybe even had them, and just didn’t know what they were. Peppadew is actually a commercial name for the bite-sized pepper that comes from the Juanita plant known as piquanté peppers and is native to South Africa.

When these peppers are preserved, the seeds are removed (that is where much of the heat comes from) and are they are pickled in a sugar brine to help mellow them out. Sweet and spicy!

Look for these in “olive bar” section of your grocer or near the pickles and sandwich condiments aisle. The rest of the ingredients are easy to come by and can be omitted for modified for your guests.

Yea, yea… I know how to brown meat. BUT DO YOU? Much like browned ground beef, people tend to slack on browning sausage and lose out of the immense flavor that can be developed by a good sear.

If you are a nacho connoisseur, like me, then you know nachos aren’t the best made ahead or reheated. Enjoy them hot out of the oven.

You can, however, make the peppadew salsa ahead of time. This has the tendency to get a little liquidy, so drain it or use a slotted spoon to top your chips and cut down on the moisture. 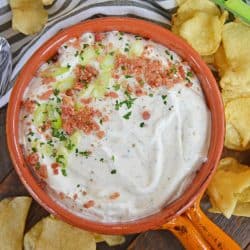 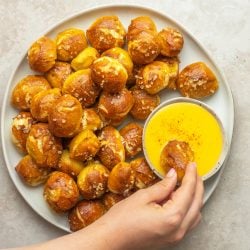 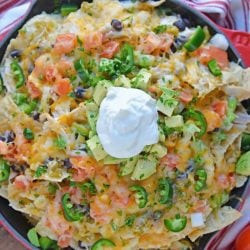 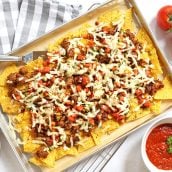