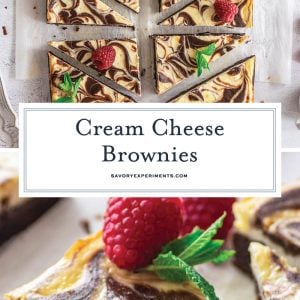 I didn’t think it was possible to make brownies better until I tried Cream Cheese Brownies! These brownies are decadent and fudgy, with silky smooth cream cheese swirls on top. Not only do these cheesecake brownies taste a treat, but they also look gorgeous.

If you thought that brownies are already the best thing ever, wait until you try these cheesecake brownies! If you love rich, decadent chocolate as much as you love silky smooth vanilla cheesecake… then this recipe is for you!

Besides tasting absolutely amazing, there are several reasons why these are the best brownies ever!

The ingredients are pretty standard and straight forward.

Low fat cream cheese is too soft for this recipe and will not make a cheesecake as creamy as full fat. No matter what cream cheese you use, remember to leave it at room temperature for 30 minutes. This way it will whip much quicker and become fluffier, perfect for the cheesecake brownies.

Of course you can always use a box mix if you’re low on time or ingredients. Just see my recommendations on how to make box brownies better.

Fun fact: Before the invention of Dutch cocoa powder in Europe, cocoa was used mostly just for beverages, not for baking.

Before starting the recipe, make sure all your ingredients are at room temperature – especially the eggs and cream cheese. Melt the butter in the microwave and let it cool down to room temperature (30 seconds are more than enough).

Pro Tip: Lining the tray with parchment paper will make it easier to remove the brownies.

Pro Tip: tap the baking pan on the worksurface a few times to level it completely flat.

Pro Tip: Less is more! The more you go over the same swirls, the less defined they will look as the colors merge.

How to Cut Brownies

It’s easiest to cut the cheesecake brownies after removing from the tray. This is where that baking paper or parchment is really handy!

The most important thing to remember is to refrigerate the cream cheese brownies for a few hours. This is important for the fudgy brownie, but also the creamy cheesecake swirls. If you try to cut whilst still hot, the cuts can be quite messy.

After refrigerating, dip a sharp knife in hot water, then cut into desired shapes. After each cut, dip the knife into the hot water and wipe it clean.

You can cut the cream cheese swirl brownies into squares, rectangles or my favorite – triangles!

You know we love being able to customize!

Although plain brownies can be kept at room temperature, cream cheese brownies need to be refrigerated. The cheesecake brownies can spoil if left outside for too long.

Cream cheese brownies contain dairy, which needs to be refrigerated. Store the cheesecake brownies in an airtight container for up to 3-4 days.

For longer storage, cover the brownies in plastic wrap, then a layer of aluminum foil. Aluminum prevents against freezer burn. You can then also place them in an airtight container for extra protection.

Homemade Nutella brownies are made in one bowl. With 7 simple ingredients and in less than 1 hour you can enjoy a piece of this delicious brownie recipe!
S’More Brownies 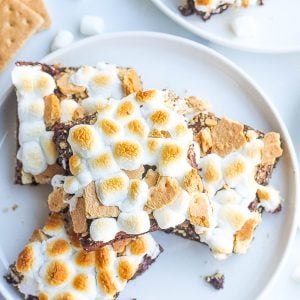 My White Chocolate Brownies are blonde brownies with a pretzel crust, a caramel drizzle, and a pinch of fleur de sel to make them even more addictive. 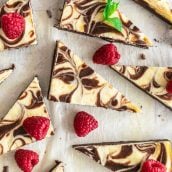 This recipe uses a minimal sugar for a balanced flavor. If you like your brownies sweeter, feel free to add more sugar as desired. 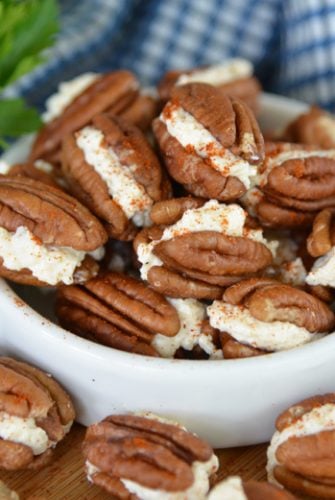 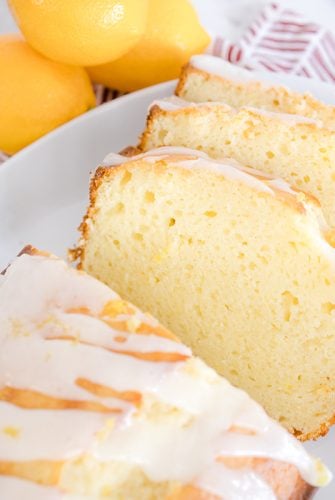 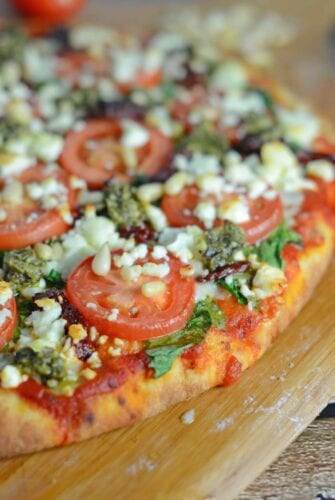 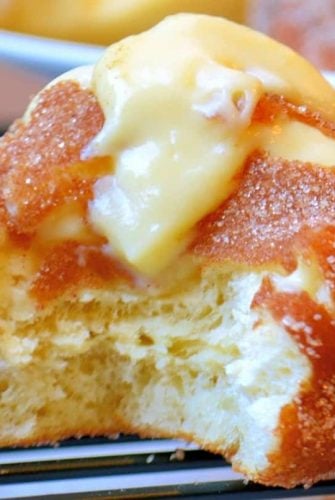