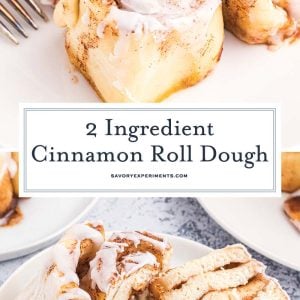 There is nothing I love more for breakfast than hot, gooey cinnamon rolls. Making these 2 ingredient dough cinnamon rolls takes all of the guilt from my indulgence.

Easy dough made with Greek yogurt and self-rising flour smeared with a cinnamon and sugar filling and topped powdered sugar icing. Breakfast is the perfect time, but also just as good as an easy dessert recipe.

What is 2-Ingredient Dough?

This is a simple base dough made from plain Greek yogurt and self-rising flour. Self rising flour also contains salt and baking powder, a leavening agent. Because this dough does not use yeast, it relies on the baking powder to give it a little (albeit not a lot) of loft. Because it doesn’t use yeast, it also doesn’t require time to rise like a yeast dough for traditional cinnamon rolls.

Greek yogurt serves as the moisture, but also has a good dose of protein and friendly to those with an egg allergy. I am not a Weight Watchers consultant or expert, but apparently this makes it less on the points system instead of using eggs or other types of liquid. Greek yogurt has a tang that gives this dough some flavor.

The original two-ingredient dough recipe uses equal parts flour to yogurt, but in nearly all of the comments, this provide to be an issue for several reasons. More on that later. One batch is 12 smart points (according to the WW website). It was made to use as a pizza crust and breadsticks, among other things, but this verstile dough is now used for everything from bagels to bread sticks and of course, sweet recipes too.

These are simple ingredients found in most kitchens. Even plain Greek yogurt is a staple in mine in lieu of sour cream and mayo for many recipes. It can also be used for marinades, salad dressings and dipping sauce recipes.

Gluten-Free Option– Make your own by following our recipe, but using a GF flour, or using Bob’s Self Rising Gluten Free flour.

Substitutes for Greek Yogurt– As mentioned, Greek will be the thickest. You can use a plain regular yogurt, but it might contain more water, resulting in your needing more flour. Sour cream or diary-free yogurts can also be used.

Low-Fat– Nonfat Greek yogurt can be used, but will need more flour because it isn’t as thick.

Can I Make More?

This recipe only makes 5 cinnamon rolls. If you are looking for a large batch, like a pie plate of traditional cinnamon or sticky buns, simply double the recipe and make sure to use a large mixing bowl. I wouldn’t do more than 10 in a batch or the rolls in the middle might not bake all the way through.

Double or even triple the powdered sugar icing for the ultimate in ooey-gooey cinnamon rolls.

Why is My Dough Sticky?

The number one complaint is sticky dough, which is why we increased our base recipe to include more flour and not follow the 1:1 ratios in the original. Nearly every brand of flour tested required more flour with the same amount of yogurt.

The brand of yogurt will also make a difference since they carry different moisture levels.

If your dough is too sticky– chilling will help it be more manageable. Use a well-floured work surface and rolling pin or hands (well-floured too!) But be mindful to not add too much or you run the risk if it being dry and crumbly.

If your dough is too dry- When it starts to crumble and you can’t get it to stick, you might need a little more moisture. Spritz lightly with a spray bottle filled with water or add 1 tablespoon Greek yogurt. This can be challenging to evenly work into the dough after it has initially been combined.

Due to the nature of these easy cinnamon rolls, it does tend to dry out fairly fast. Cinnamon rolls are best enjoyed fresh and hot. Leftovers can be stored at room temperature in an airtight container or wrapped in plastic wrap. Heat for a few seconds in the microwave to revive the dough a bit. 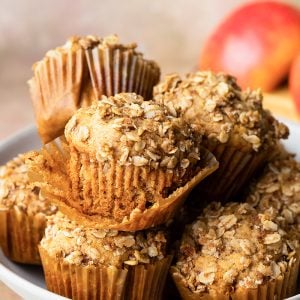 These Applesauce Muffins are topped with an oatmeal crumb for the perfect snack or breakfast. They are incredibly moist and perfectly sweet!
Donut Breakfast Sandwich 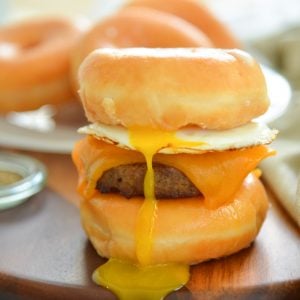 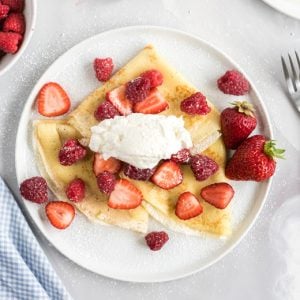 These homemade crepes come together quickly with simple ingredients. Not too sweet and with a light vanilla flavor these are perfect with fruit and whipped cream for a breakfast or dessert that will leave you wanting more! 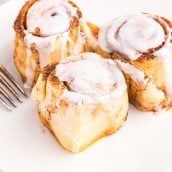 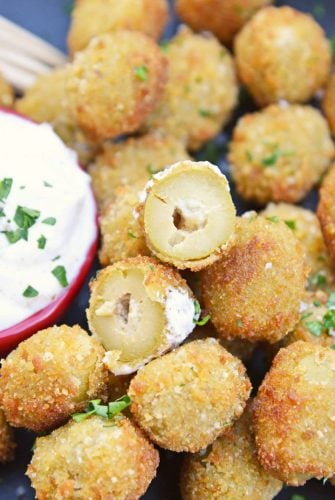 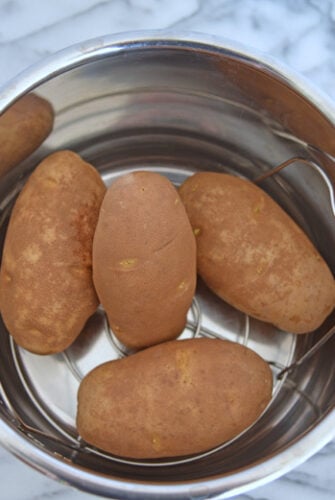 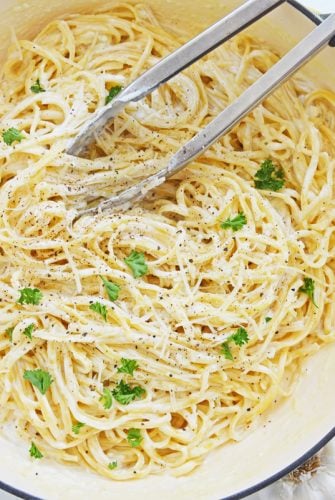 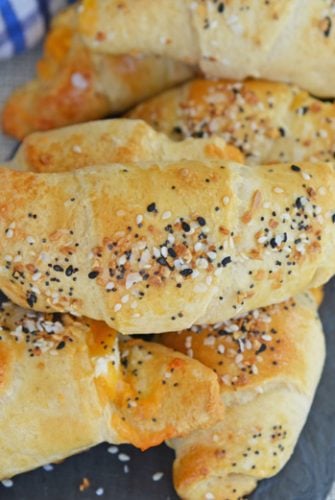