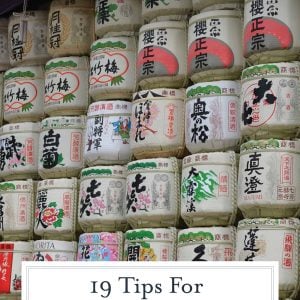 Planning your Trip to Tokyo

Before departing on my first trip to Japan, I was told that I would never feel so far away from home. Culturally and geographically speaking this was true and there were many aspects I had to adjust to, however many that I wouldn’t mind seeing adapted to Western culture.

Here are the 19 cultural differences you should know to be prepared for your visit.

19 tips and tidbits to know before your visit to Tokyo. Make the trip smoother by reading this short article!

ONE. The culture is just, well, nice. Like really nice! I’ve never felt more welcomed and happy being surrounded by individuals who don’t speak my language.

They will greet you with a smile and try their best to communicate even if they don’t speak English.

English speakers will go out of their way to assist you on the phone or with navigation, so don’t be surprised if someone walks up to help you out. Those that do speak English love to practice and will delight in a conversation.

TWO. Manners and etiquette are very important to the Japanese. At first it will feel odd, I mean so many Westerners are downright rude, but soon you will be adapting the same principles.

The biggest one being the volume of your voice. Try using your inside voice, then lower that a two more notches and you will be at the right level. Even babies and children seemed to be quieter.

In public places, especially the railways, it is also important to not talk on your cell phone and unlike America where everyone disregards these signs, here they actually follow them

THREE. Everything is clean! Seriously, no litter any place, which is odd because finding a trash can is sometimes near impossible. Just be courteous and mindful of your trash.

FOUR. Traffic moves opposite on the streets, sidewalks and escalators. Everyone moves in a very orderly fashion and stays in their lane whether on foot or behind the wheel.

If you see someone heading in your direction and putting their palm up to their chest like shark fin, this is the gesture to “move out of the way”.

FIVE. The Japanese currency is Yen. You will read online that most places don’t accept credit cards and to have yen, however your bank will most likely tell you this is not necessary.

You WILL need yen. There are many kiosk type places and eateries that do not accept credit cards, Get about $1,000 USD converted before leaving to just be safe.

Yen exchange rates vary, but are similar to the dollar, just move the decimal point over, so an item that costly 3,000 yen is slightly under $30.00 USD.

Also note that you will need an international VISA. American Express is not accepted in 95% of the locations. Make sure the card is international to avoid paying additional fees.

SIX. When you do pay, there will be a little tray. It is customary to place your paper money, coins or credit cards into the tray and not directly exchange it with your hands.

If you do, expect them to receive it with both hands and nod, you should do the same when accepting it back.

SEVEN. Tipping on any service is not customary in Japan. The first time you leave a restaurant without leaving one, it will feel awkward, even dirty.

But don’t worry, they aren’t expecting one and probably wouldn’t accept it even if you did leave one. They are paid regular, living wages for these positions.

EIGHT. Oh the toilet situation! This impacts the ladies more than the men. Toilets are either super sophisticated machines or literal holes in the ground.

Seriously. Toto, the luxury toilet manufacturer is based in Japan and therefore many restrooms are fitted with the “washlet”, a system that heats the seat, sanitizes, plays you relaxing music, starts a fan to vent any untoward odors and will even give you a quick rinse and dry.

The other side of this coin is the old school hole in the ground bathrooms that many Japanese still prefer.

You will see symbols on the fronts of each bathroom door showing you which one that have and it is common to have a few of each. One thing is for sure, you’ll want a Toto when you return home. The washlet can be installed over your existing toilet and costs about $1,000.

NINE. Be prepared for limited English. Many sites I read in preparation for my trip said that about 80% of the population speaks English. Crap. Pure crap.

However, I still never felt like there was a huge language barrier. Many signs have enough English to get you where you need to go and restaurants have photos or plastic food to signify the dishes.

Just point to one and order. If you have food allergies or want to make sure you have a way to communicate, there are PDF print outs available with pictures and translation to make sure you are getting what you need (or don’t).

Another thing to note is that Tokyo is preparing to host the 2020 Olympic Games and is trying to convert as much signage to English as possible, as this is the universal language spoken.

In turn, many locals are also trying to learn common phrases to make themselves excellent hosts to those from around the globe.

TEN. When you first see so many people wearing surgical masks, you might question the air quality or potential risk of illness, but the real reason is it is considered common courtesy to protect others from everything down to the common cold by wearing a mask.

Naturally, you will see more in the winter months than summer and spring. They are nothing be alarmed by, in fact you might want to thank someone wearing one for being so gosh darn thoughtful and concerned with the health of a stranger!

ELEVEN. The Japanese culture is described by some as minimalist and hotel rooms reflect this concept. They are small, cramped and will allow for little to no space to unpack. They generally do not have a safe, although you can leave valuables at the front desk.

However, it is of note that there is little to no crime in Tokyo. You might also be surprised to find tea making apparatus (as opposed to coffee), a complimentary pair of old school pajamas, slippers and humidifier.

TWELVE. If you are like me, sushi will be at the top of your “to eat list”, but make sure you are prepared for the real deal. Spicy tuna rolls, fancy tempura battered and fried with special sauce and a bunch of other garnishes are not what you will receive.

Instead, most sushi joints have a very limited menu and are minimalistic. You won’t miss all the pomp and circumstance though, the fresh fish is so flavorful and good you might swear off such in the states forever.

The soy sauce is also a better quality and not as salty. There is no “low sodium” or “light” option because it isn’t needed.

You will also be a soy sauce, ginger and wasabi snob. Chances are you’ve never even had real wasabi scraped right off the root. Most US places mix a powdered version with water.

Tuna is the most common sushi fish and is generally less than 24 hours old before you nosh on it. Other delicacies include eel, prawn and clams, sometimes served live. No California roll here! Check out my guide to Japanese tuna and how to plan your visit to the fish market before you go!

THIRTEEN. This might be the safest place I’ve ever visited. Crime rates are near nonexistent and police don’t even have to carry weapons. The punishment for crimes is so intense that no one dares to commit any.

Our friend and guide shared that he lost his wallet three times in the city and all three times it was returned intact with all the cash. Can you imagine? Drugs and alcohol abuse are also not typical.

FOURTEEN. Beverages also differ from Western culture. There is less emphasis on water and more on tea. Tea is served with nearly every meal and will come whether you asked for it or not. Coffee is strong and bitter.

If you ask for cream or milk, the only option will be whole milk. No 2% or skim here! You can also get your beverages from the vending machines on the street which produce both hot (red label) and cold (blue label) alcoholic and nonalcoholic drinks to-go.

FIFTHTEEN. When I travel to sightsee I focus on comfort. Well, I felt ridiculously underdressed and sloppy during my whole stay. Japanese woman don’t leave the house without being well put together.

All wearing designer coats and purses and walking long distances in high heels, I looked out of place in my Converse and jeans.

To be respectful of culture, please note that cleavage on females is considered very lewd, as are open toe shoes (which is while you will see people wearing socks with sandals), but very short skirts are totally acceptable and the norm for daily outfits and work.

SIXTEEN. If you smoke, please note that it is illegal to smoke in any public area, including on the streets. You will see designated smoking areas along the street to pop into. Some coffee shops and restaurants still have a smoking section, but it is not the norm.

SEVENTEEN. I don’t necessarily associate Japanese culture with baked goods, so I was surprised to see so many bakeries. They are visually stunning and the goods are delicious. I had the best croissants ever in Japan. Stop in for a cup of tea and Danish during afternoon hours.

EIGHTEEN. Shopping is a favorite pastime in Japan. While I prefer to do my shopping online and have it delivered, the Japanese still take joy in window shopping and milling and out of stores.

There are stores every place and always busy. I typically wouldn’t steer you towards as department store as a tourist, but in Tokyo, visit at least one for a very unique experience.

NINETEEN. Breakfast isn’t as a big of a deal in Tokyo. Most coffee shops and bakeries don’t open until 8 or 9:00 a.m.. If you are looking for a place to dine early, your best bet are hotel restaurants, most of which will also have a Western style cafe.

For even more about your visit to Japan, click HERE!